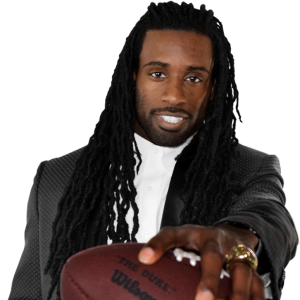 Derrick was just another kid who wanted a better life and saw sports, football in particular, as a vehicle that could provide it. During his football journey to and through The University of Tennessee from (2005-2009), he played football and completed his bachelor’s and master’s degrees in 4 years.

After a short stint playing professionally, Derrick soon realized that football was just a temporary stage for his permanent purpose. The adversity and challenges he faced shifted his perspective putting him in alignment with his true assignment. Now today he shares his story and the principals he learned from sports to Impact, Inspire &amp; Empower people while putting them in position to transition!